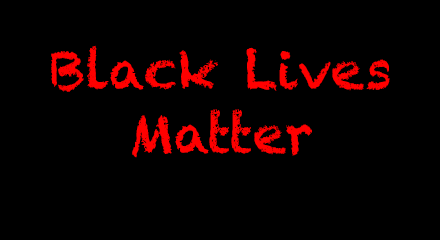 It hit me not long ago, as I listened to more than one television pundit say that the Black Lives Matter movement is a hate movement, specifically against, police officers, that they do not understand the concept of perhaps the most important word in the BLM moniker: “matter.”

The Black Lives Matter movement didn’t erupt after a police shooting of an unarmed black man. It erupted after a civilian, a vigilante in the person of George Zimmerman, stalked, shot and killed 17-year-old Trayon Martin, who was unarmed. The angst and anger of much of the black community rose as Zimmerman spun the tale that he was “in fear for his life,” though the only things Martin was carrying were a can of iced tea and a package of Skittles.

The anger continued to rise as the police and the community seemed not to care that Zimmerman had stalked Martin …though being advised to stop doing it by local police, and had confronted the young man, who I am sure was quite worried about this unknown person following him.

Zimmerman’s encounter with Martin ended up with Martin being shot dead and Zimmerman showing some minor injuries from their tussle. Martin had done what any person being followed at night would have done: he defended himself – and yet, nobody seemed to care. His life did not matter. His humanness – meaning, his drive to protect and defend himself against a man with a gun – did not matter. He was effectively blamed for his own death.

And then, to add insult to injury, the jury went with Zimmerman and he was acquitted of any wrongdoing.

That’s when all hell broke loose.

Yes, there have been lots of extrajudicial killings of black people by law enforcement. That has been a historical reality in this country, and black people have been wrestling with it for literally generations. There have been too many trials to mention where all-white juries have convicted a black person of a crime which the judge, jury and officers knew he or she probably had not committed. That, too, has been a part of the African American search for justice and full American citizenship in this country.

But the Black Lives Matter movement erupted because in spite of what was clearly a case of an armed wanna-be police officer stalking an unarmed black kid – because he “looked suspicious,” the killer got off. One more time, the killer got off.

Are there some in the Black Lives matter movement who say “kill the pigs?” Yes. But the bulk of the protesters in the streets are not calling for the murder of police. They are calling for the end of judicial injustice.  Judicial injustice has said to black people for far too long that our lives have no value, and neither do our cries for justice.

I watch with interest as the rise in opioid addiction by white kids is getting more and more attention, with politicians and media and police doing all they can to save these kids from lives that will only go downhill if they do not shake their addictions. There was no such push to save the lives of black kids becoming addicted to crack cocaine. While white kids are being said to be suffering from the “sickness” of drug addiction, black kids were rounded up and thrown into jail for small amounts of marijuana. I watched with interest as   Brock Turner was treated with compassion after having raped an unconscious woman, the court not wanting to ruin his life by giving him a lengthy – and appropriate sentence –  for his crime. I  watch lawmakers in Flint dancing around what they need to do in order to make water safe for little black kids who have been drinking lead-tainted water for some time now.

That’s what the Black Lives Matter movement is about, as much as it is about getting rogue, racist, ultra-violent police off the streets.

When We Tell Stories, People Listen