Today, White House Chief of Staff Gen. John Kelly spoke before cameras. He assured reporters that he was not going to quit his job and also that, as far as he knew, he was not about to be fired. 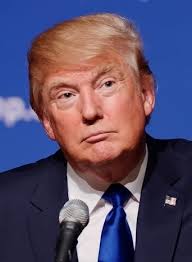 He said that what the president said about FEMA and the military  not being in Puerto Rico forever was precise – but he said that only after he assured the people of Puerto Rico that FEMA would be there for as long as it needed to get the ravaged island back on its feet.

He was clear; when there is a disaster, he said, organizations like FEMA and the military “work very hard to get themselves out of a job.” That is true. Organizations like those mentioned do have a specific job and those jobs are temporary. Everyone understands that.

The president, in my opinion, has shown far too many times that he has no soul, or at least has a soul that is full of holes. He has a personality and a demeanor which is mean and heartless. He is unabashed in showing his favoritism of some people, or groups of people, over others, and his lack of sensitivity, caring and compassion is heartbreaking.

This president may not consider himself to be a racist, but his actions and lack of actions at times say something different. He took two weeks to visit Puerto Rico. He “joked” that their dire situation was affecting the American economy – apparently forgetting or choosing to forget that Puerto Ricans are Americans. He gave no heartfelt promise that the mainland would do all it could to make sure the Puerto Ricans got the food, water and help in rebuilding that they need. Instead, he made crude statements. He attacked the mayor of San Juan because she criticized America for not doing more, sooner, and he ignored her when she approached him in San Juan.

And then he threw paper towels to a crowd of Puerto Ricans – claiming later that “they loved it.” The optic was horrible. He looked like a spectator in a zoo, throwing peanuts to animals in cages, and he sounded like slave masters and white supremacists in general who claimed that the “nigras loved” slavery.

He has no soul, not when it comes to black people specifically, and people of color in general.

He called white supremacists who stormed Charlottesville, Virginia carrying weapons and torched “very fine people,” and completely ignored what their presence and their methods said to a people who have been fighting for dignity and rights in this country for generations. He has turned the “take a knee” silent protest being engaged in by players in the National Football League (NFL) and now, other organizations, into a phony campaign which he says represents a lack of patriotism, forgetting, or probably never knowing that African Americans have fought in every war this country has fought, only to be treated like second-class citizens once they returned home.

He is playing the American media and the American people like a fiddle. Running this country is a joke to him. He is putting the lives of people in this country and around the world by playing little boy macho games with North Korean President Kim Jung Un. He seems unaware of what he is doing and what his words have the capacity to cause. A nuclear war – the possibility of which is what he is dancing with – would destroy the world.

But he doesn’t care. He has no soul.

His attacks, his name-calling, his sanction of  and often dog-whistle use  of white supremacist rhetoric shows that he only cares about his “base.” He didn’t get the memo that says that, once elected president, that individual is to be the president of all of the people.

His heartless policies are dismantling the work not only of President Obama, but also of women, black and brown people, environmentalists and those in the federal government who have worked to keep the world intact. In his quest for a victory as concerns the “repeal and replace’ saga of the Affordable Care Act, he has shown that he doesn’t care at all about the millions of people who, under the ACA could get health care, and who will lose that care if what he wants finally gets passed into law.

He is intentionally working to sabotage the ACA. The only thing that counts is himself and his relationship with his “base.”

Many, many American people are supporting this man. Neither do they care about the masses, but they were not elected to care about them. The president was. The job of the president is to see and hear everyone, but this president does not, will not, and doesn’t care who criticizes him about the way he governs.

Some say he is mentally ill; others say he is unfit to be president. The GOP has shown its cowardice and says little overall. The legislative branch of this American government is letting this spoiled brat, this rich bully, have his way, without much resistance at all.

America was great, I am told, because of its democracy which insured freedoms, which this president seems not to care about except for the Second Amendment. The man who vowed to “protect and uphold the Constitution of the United States” has had the gall to suggest that freedom of the press should be curtailed. He forgets, or perhaps he just doesn’t care, that it has been our democracy which has made us the most admired nation in the world –a democracy with flaws, to be sure, but a democracy nonetheless.

He doesn’t care about democracy. He wants to be a dictator and he wants us to take whatever he dishes out.

He has no soul and this country of cowardly lawmakers and “angry white people” are working very hard to make sure this country as we have known it becomes a speck, a memory. If they have their way, this country will be no better than the dictatorships it has criticized over the decades.

He has no soul. He does not care.