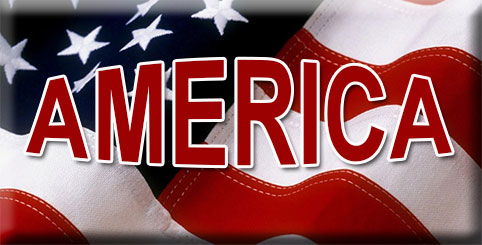 I listen with interest and anger to the people who say, athletes – African American and those in solidarity with them – “taking a knee” are disrespecting the flag and, therefore, this country, even as those same people say little to nothing about the administration hob-knobbing with dictators and enemies of this country.

Do they not know the history of oppression and discrimination against black people in this country in general, and about discrimination practiced against them by the military in particular?

African Americans have fought in every war of this country, eager to support the country which did not support them, but in spite of that, this country treated them like second class citizens, while they fought in the wars and when they got back home.

While this country waged war against fascism abroad, making it possible for citizens of other countries to have equal rights under the rubric of democracy, blacks did not have and could not expect that they would be given those same rights in this country.

The Smithsonian Art Museum published a report in which they noted, “The discriminatory practices in the military regarding black involvement” made it clear that blacks were not values. The report said that “prior to 1940, thirty thousand blacks had tried to enlist in the army but were turned away. In the U.S. Navy, blacks were restricted to roles as messmen; …they were excluded entirely from the Air Corps and the Marines.”

In Franklin Delano Roosevelt’s Executive Order 8802, also known as the Fair Employment Act, racial discrimination was banned. The order said, “It is the policy of the United States to encourage full participation in the national defense program by all citizens of the United States, regardless of race, creed, color or national origin,” but in spite of that, racial discrimination was practiced.

With the contradiction of people fighting for the freedom of others while they themselves were denied the same, FDR realized that the world would look upon the US as hypocrites, thus leading him to sign Executive Order 8802. This he did in spite of the protests of the Secretary of War, Harry Woodring, who said that “the enlistment of Negroes …would demoralize the weaken the effectiveness of units by mixing colored and white soldiers in closely related units…”

It is well documented that African Americans returning from war were treated horribly once they returned home; many whites apparently resented blacks in uniform and worked hard to remind them that in America, they were to remember their “place.” There is the well-known story of how African American soldiers were made to stand on a train while German prisoners of war were allowed to sit at tables in the train’s restaurant. Violence against returning soldiers was common. Who can forget the tragic story of Isaac Woodard, who dared ask a bus to stop so he could go to the bathroom and was later attacked by thugs and law enforcement officers who pounded his eyes with their nightsticks until he passed out; his beating left him blind.  And yes, he was wearing his uniform when this atrocity occurred.

Those who balk at the athletes taking a knee, respecting the flag but protesting how, in spite of the freedom that flag represents, forget – or perhaps they never knew – that prior to World War II, 2.5 million African Americans were enrolled in some branch of the military, and 1 million of them served. (http://www.pbs.org/wnet/african-americans-many-rivers-to-cross/history/what-was-black-americas-double-war/)

For the Vietnam War, at a time when blacks made up about 11 percent of the total American population, they were 12.5 percent of the soldiers on the field. (http://www.english.illinois.edu/maps/poets/s_z/stevens/africanamer.htm)

Regardless of how hard African Americans fought for this American democracy, full human and civil rights were denied them once they returned. They could not get the loans for housing and education that white soldiers got, nor many of the other benefits. The discrimination that is being protested now is police brutality meted against so many African American males. It is not right in general; it is even more troubling as it becomes clear that the forebears of these young people were soldiers in the military, fighting for a country which has not ever respected them.

One has to wonder what white people would do and say had this been their narrative? Would they continue fighting for a country which treated them so poorly? The miracle of African American citizenship is that blacks have always fought for this country, in spite of the racial discrimination. To hear white people say that kneeling before a flag to protest police brutality is maddening, even more so when those same white people say that black people should be “grateful” for the treatment they/we have received in this country.

In the present political atmosphere, it is even more troubling to hear the criticism against those who kneel when the national anthem is played even as the president is acting against the interests of this country as he works to become “friends” with our enemies, completely ignoring the now well-established truth that Russia interfered in our election.

Who is the greater or lesser patriot, the African Americans who kneel respectfully as the national anthem is played, exercising their First Amendment rights, something their forebears fought to protect, or the president, who would shut them down even as his policies put America and its democracy in jeopardy?

When will the masses of white Americans wake up and own America’s sordid history when it comes to race? African Americans are not obliged to respect their oppressors or take their discrimination lying down. I am sure not many white people, who really do understand the need for human beings to receive justice, would have been much more vocal in expressing their anger over the violation of their rights. It is what we do in America. It is what humans should do when justice is denied them.

When Colin Kaepernick decided to “take a knee” in protest of the injustice meted out against African Americans and other people of color, in spite of the words of the Pledge of Allegiance that in this land, there is “liberty and justice for all,” he set off a manufactured cry of outrage from people who said he and others who knelt were being unpatriotic, that they were disrespecting the American flag.

With self-serving, over-the-top sanctimony, those who did not like what Kaepernick was doing offered deep pain that anyone would disrespect the flag and therefore, their country. With equal passion, they claimed loved for the flag and the country – though many of them also hail and respect the Confederate flag, a flag which is an “in-your-face” reminder that there are people living in this nation whose ancestors committed treason against the United States of America.

Those who wanted slavery were willing to go to the mat to protect their state’s right to own slaves and they were incensed that the federal government – i.e. “big government,” would dare step in and tell them what to do.

Neither the North or the South wanted slaves to be free, nor did either side believe that blacks were equal to whites. Only when it was apparent that the North needed more men to fight in that ghastly and deadly war did Lincoln free the slaves.

Freeing the slaves and adding manpower to the Union ranks was helpful, clearly, but the fact of the matter is that those in the South didn’t care a hoot about the “United States of America.” No, southern states pulled out of the union and fought against “America.” The Confederacy had its own president, its own headquarters, and worked to have its own set of laws and rules.

Lincoln hovered over the “United” States of America to save the union; this country was one, not many, he said, and those who would destroy it must be stopped. He didn’t care about their flag, their president or their intended values.

When the Civil War was over and the North had won, there was foundationally no more “Confederacy.” The United States had won; this had been a war with two sides – with the United States fighting against its enemy – states that no longer wanted to be a part of the union. The southern states had committed treason by fighting against their own country, but that very sentence is scarcely ever uttered. Yes, there was and is a “southern” heritage, but at its core it is anti-American, anti-federal government, anti-“equality for all,” which is what the United States stands for.

That being the case, it is a little puzzling to hear rabid, self-avowed racists and white nationalists scream “patriotism” as those who have opted to stay in this country, work in this country and fight for this country exercise their First Amendment right to protest against their government. They are not fighting to get out of the Union; they are kneeling to make the union become a better place for all of its citizens. They are protesting because they love the words and the sentiment behind America’s founding documents. They are protesting because they believe in the America that the anthem’s first verse reflects  and which the Declaration of Independence, the Bill of Rights and the Constitution describe.

They love the country enough and believe in it enough to risk criticism as they in fact criticize what they see as an egregious wrong.

They are not committing treason, as did the Confederate soldiers did and as white nationalists, who are railing against the foundational beliefs of this country are doing.

They believe in “liberty and justice for all.” They are hoping “taking a knee” will make people think.

They are being patriotic in a land which has been divided because of race from its birth.

When We Tell Stories, People Listen